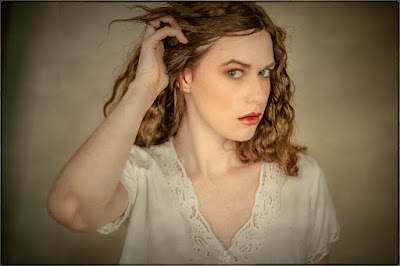 I want to get back to my bildungsroman.  I do. I really do.  All that fighting and sex!

But I also want to journal my way through life, recording the thoughts, actions, and ideas of the moment.  It is the way I know who I am and what I think about who I am.  But that's enough about me.  Let's talk about you.

What do you think of me?

I think that I want to do more with the bildungsroman than wing it "live" in the hour or so that I spend here in the mornings.  I want to write it and let it sit and simmer and then edit.  I'll give it to you, as always, for free, but I would like that to be "crafted" rather than a "timed writing."

It is the season.  December is here, and it will fly by in a blur if you let it.  It's time to get out the decorations and make the stollen.  It's time to drink ourselves into comas before we go Dry January.  I'm scared because I am already fatter than I have ever been and my right knee seems to be completely shot.  I can't walk around the block on it.  It would be o.k. if there weren't "circumstances."  I was blandly on my way to becoming Gargantuan the way some of the most handsome men of the past had. . . Brando, Welles, Depardieu. I thought that, perhaps, I would simply be monstrously beautiful in some gluttonous way.

Then I saw my New Old Friend from the long ago and far away, and she is still quite young and beautiful. My gorgeous gluttony just turned to shit.  I wanted to be svelte and lithe as a young boy, like the hero I've always deemed myself to be.  But there is nothing I can do now.  My body is betraying me after my rather long and horrible abuse of it.  And so, old and fat, I limp my way through the holidays.

And yet!  Seriously.  And yet. . . she says she still adores me.  Her vision is poor, sure.  That might mean she doesn't see the bags and the wrinkles so well, but surely she can see outlines.  Maybe, though, the hypnotic suggestions I so subtly put in place so many years ago is still holding.  Thank you Mr. Mesmer.

We had a cocktail chat last night.  We just wanted to make certain we were still philosophical opposites.  It was confirmed.  There is no right or wrong, just different portals into what we think is real, so there is no winning or losing.  Well, there is losing if I keep doing what I do.  Most people don't really like to debate. I know that.  But I've been in training my whole life!

Still, it is no matter.  She can throw me off with the silliest of things.  My gyroscope just goes haywire.  It is a trick I used my entire career.  It is an awful thing, I am learning.

I have lunch with that twisted effer C.C. today.  Then tomorrow, I take the train to Grit City to meet a friend.  My dance card is empty next week, however, and needs filling.  I'll start working on that today.  Let me know if you are available.

It is still early.  Maybe I should write a second post today and carry on with my tale of adolescent adventure.  I'm picking up some bad behavior in this next installment.  Not my fault.  I am surrounded by evil doers.  Innocence has little chance of surviving in a Land of Terror.  Cigarettes, alcohol, Playboy magazines, and more scary, near-sex encounters.  And, of course. . . music.  As always, there is a soundtrack to life.

Here's a song for the season.  Not a Christmas song but. . . it should nudge you toward the mood.  For me, it is a reminder that this could be another Xmas without My Own True Love.  But, you know. . . in spirit. . . .

I've mulled it over, and I believe I'm still living that bildungsroman through some magical eternal adolescence.  I'm pretty certain of it.  Limping through it, anyway.