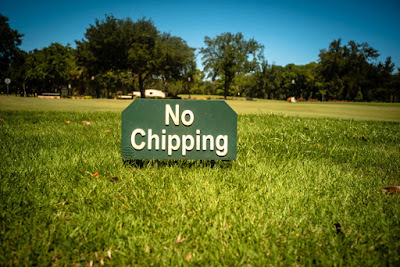 Well, it is the day after the summer solstice, the day when all the successful male breeders get to celebrate.  They have done their jobs.  They do not have stingers and collect neither nectar nor pollen.  Today they sit fat and happy in their chairs while dutiful wives and children bring them presents wrapped in decorative papers--ties and after shave.  Many, of course, have children who still live with them, but many, too, have children scattered to the wind, either grown or living elsewhere with the victims of their fertility. Some have multiple families spread about the land, having made deposits at various stops and stages of their lives.  Some have been generous in their support while others have completely abandoned the idea.

Regardless, it is their day.

It is a stark reminder to those of us who are child-free.  Somehow, we think, we have shirked our natural duty.  Who will love and feed us in our old age?  Were we merely selfish or could we truly not afford the consequences of such a commitment?  Could we never find someone we would trust to be a stable mater?

Or maybe we have simply given our lives over to a higher order, have become spiritual guides in the Land of the Lost.

Regardless, today we celebrate the Accomplishment  of the Loins.  The one with the most offspring wins.

Sour apples.  I must say, I was unsuccessful at fulfilling my natural fertility rites yesterday.  I'm blaming it on Covid, which is a good thing for what else have I to blame it on?  Just because I haven't been to a gym in for months nor to a beautician in six, just because I, at present, look much like the Unabomber, that doesn't mean I couldn't find some crack addict to love me for a few minutes.  No, no. . . it was the Covid that did it.

I watched the Trump Show last night.  I can't help myself.  "It" fascinates me.  I mean, the whole thing.  The Reality T.V. President, the adamant, adoring crowds. . . it all seems like an apocalyptic movie.  I watched it with a mask on, truly.  I could feel the humid air in that stadium filled with coronavirus droplets circulating, could smell the bad breath of death with every inhalation.  If I were younger, I'd be like the kids, I'm certain.  I wouldn't give a shit knowing that if I caught it, there would be at most minor health consequences.  For me.  And I would gladly eschew the company of old people--just to keep them safe.

"Sorry, gramps, I can't come over and hang out.  I think I might have contracted the virus.  I'd love to see you, you know, but I can't take a chance on infecting YOU."

But that Trump crowd was full of old fat white people with high blood pressure, respiratory issues, and god knows what other medical conditions that have befallen them.  The room smelled of disaster and mortality.  It reeked.

But we all know that republicans are not as susceptible to the virus.

Trump appeared a man doomed.  He admitted in the middle of his speech that his performance was "average," which means he knew he wasn't hitting the high notes, was not inspiring the horde.  It must have dismayed him that his flock was a fraction of its expected size.  He surely was enervated by the sea of empty blue and red seats upon which he looked.  He tried, but there was something lacking.  Still, he struggled on for almost two hours to a crowd who had been there for hours more suffering through surrogates trying to incite the rabble.

It looked every bit a calamity.

For the first time, I am beginning to believe that he could actually lose.  I'm afraid to hope, but he certainly looks to be trending down.  As I've said before, stupid can only take you so far, but corruption. . . that can give you an edge, and there is no lack of that in this administration.

Still, I'll not speak poorly of Trump today.  He is a father, after all, with children strewn across many families.  It is his day.  He has done what nature has called on him to do.  He, too, gets the prize.
at 5:44 AM